When I Saw a Lion

Clang! The car bounced on the dirt road. We’re on our way to see a lion!

When it was two hours later, it felt like two years. We stopped at 6 o’clock to stop and see the sunset.

After an hour, we went to see a lion. When we saw the lion, I was scared and surprised. It was cute and cuddly, but I wouldn’t go out and cuddle with it.

It was the best day ever. I wish I could see the lion again.

Note: This story was written by my young son, Alex, after our June 2011 trip to South Luangwa National Park in Zambia, a country in Southern Africa. The lion in the photo is the same one that inspired him to write this story.

M.G. Edwards is a writer of books and stories in the mystery, thriller and science fiction-fantasy genres. He also writes travel adventures. He is author of a collection of short stories called Real Dreams: Thirty Years of Short Stories available as an ebook and in print on Amazon.com. His next book, Kilimanjaro: One Man’s Quest to Go Over the Hill, will be released on March 31, 2012. He lived in Zambia during 2009-11 and now lives in Bangkok, Thailand with his wife Jing and son Alex.

Update 4/3/12:  Many thanks to WordPress for promoting this post to Freshly Pressed! And thanks to everyone stopping by to visit World Adventurers and say hello. You’re most welcome. There are more than 825 posts on travel and other topics for your reading enjoyment listed in the Category Cloud below. Enjoy!

Here’s a list of the top ten things you should do if you visit Zambia, a country in Southern Africa. Zambia lies southwest of Tanzania, which is featured in my book Kilimanjaro: One Man’s Quest to Go Over the Hill. The two countries are similar in many ways, with plenty of opportunities to see amazing natural beauty, go on thrilling wildlife safaris, and experience Africa’s unique culture.

This list is based on my own experiences when I lived in Lusaka, Zambia’s capital and largest city. These activities and destinations will give you a taste of what this interesting country has to offer.

1. Victoria Falls/Mosi-oa-Tunya (Zambia/Zimbabwe): Arguably the world’s largest waterfall, Victoria Falls in Southern Province never ceases to amaze visitors. This is Zambia’s — and Zimbabwe’s — biggest tourist attraction. It lives up to its local (Tongan) name, Mosi-oa-Tunya, meaning “The Smoke that Thunders.” Most visitors stay in the nearby towns of Livingstone, Zambia or Victoria Falls, Zimbabwe. The upper falls is in Zambia, while the lower portion is on the Zimbabwe side. Both offer different and spectacular views of this natural wonder. Of special note are the two statues of the explorer and missionary David Livingstone (1813-73) locate on each side of the falls. Livingstone is still revered by many Zambians, and the City of Livingstone is named after him. 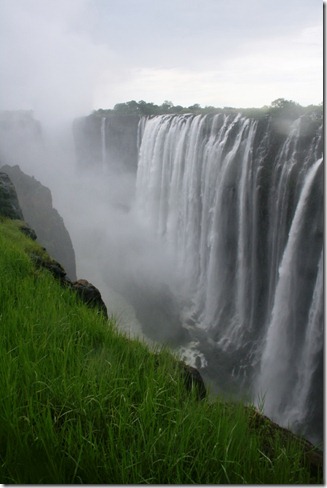 The best time of the year to visit the falls is between July and September, when the Zambezi River is aplomb with water. In November and December, the falls are almost dry and look like a canyon. Heavy rainfall fills the Zambezi between January and May, and it’s difficult to see the falls through a wall of mist created by falling water. 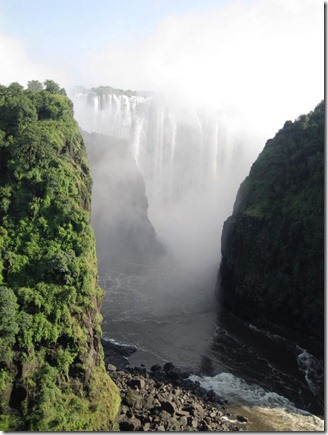 For a few weeks in November, the water level is so low that visitors can swim in the “Devil’s Pool.” It’s an experience of a lifetime and highly recommended if you visit at that time. The pool lies at the edge of the falls with a 105-meter (350 foot) drop on the other side. Although it looks terrifying, the Devil’s Pool offers brave souls the sensation of swimming in a whirlpool bathtub. If you’re an adventurous sort, there’s also bungee jumping or zip lining from the Victoria Falls Bridge and whitewater rafting in some unruly rapids below the falls. Keep in mind that these activities can be dangerous. In January 2012, an Australian woman nearly died when she bungee jumped off the bridge and the cord snapped, sending her plummeting more than 110 meters (360 feet). Thankfully, she survived both the plunge and the crocodiles below. 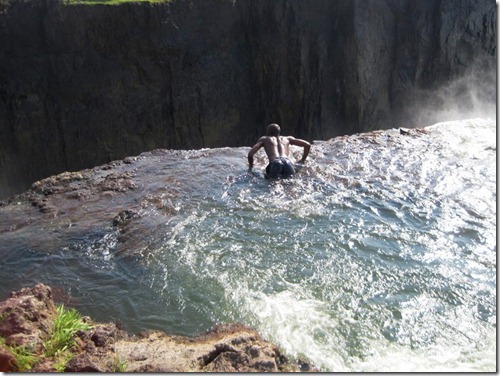 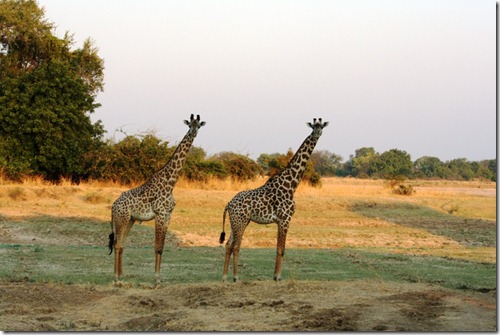 For high-end lodging, stay at the Chichele Lodge, the presidential retreat of former Zambian president Kenneth Kaunda (1964-91), or at Mfuwe Lodge. There are numerous less expensive lodges and bush camps in and around the park.

3. Lower Zambezi River: The Lower Zambezi River basin in Southern Province is a short drive south from Lusaka and a great place for a long weekend getaway. There are several lodges near the towns of Chirindu and Chiawa not far from the confluence of the Zambezi and Kafue rivers. It’s great for bush camp excursions, hunting, fishing, and boat cruises, and popular with tourists who want to fish for tigerfish or camp “in the bush.” 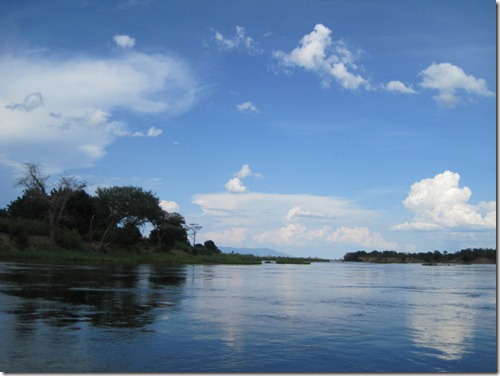 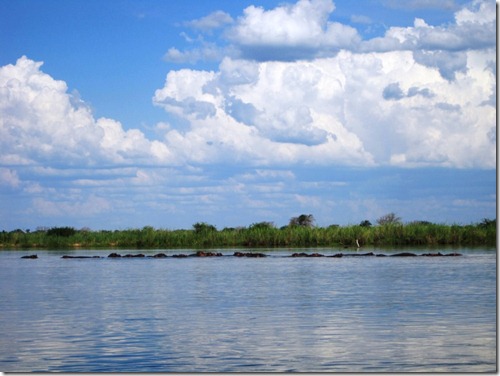 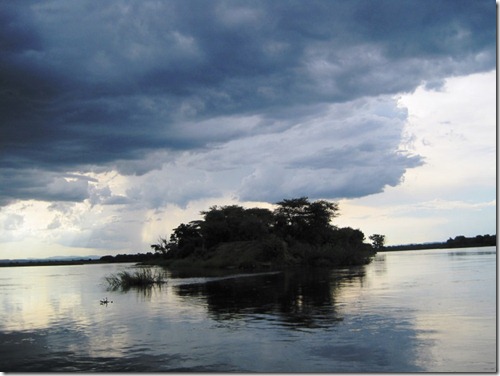 4. Northern Circuit: Zambia is keen to promote tourism in Northern Province on the Tanzanian border. Kasaba Bay on Lake Tanganika, one of Africa’s Great Lakes, is currently under development as a major tourist destination. Once it’s completed sometime in the next decade, the area will boast several high-end resorts. Fly to the Mbala airport near Kasaba Bay, or into the regional capital, Kasama. Hire a car and travel the back roads through beautiful country with subtropical forests, colorful villages, and spectacular waterfalls overshadowed by Victoria Falls such as Chishimba Falls. 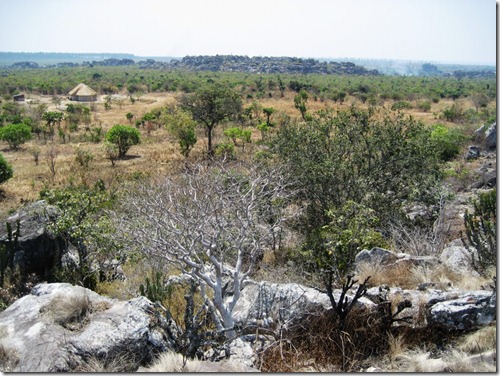 5. Saturday Dutch Market: Every last Saturday of the month, Zambia’s largest open-air market sets up shop at the Dutch Reformed Church in the Kabulonga area of Lusaka. Artisans from Zambia and neighboring countries bring their arts and crafts to you. It’s one of the few places where you can find Zimbabwean soap stone sold next to Zambian copper plates. You can also taste a variety of ethnic dishes and buy produce. If you miss this market, try the smaller Sunday Market at the Arcades Shopping Centre in Lusaka that happens every week. Be sure to bargain – the vendors will reduce prices below their original quotes and expect you to barter. 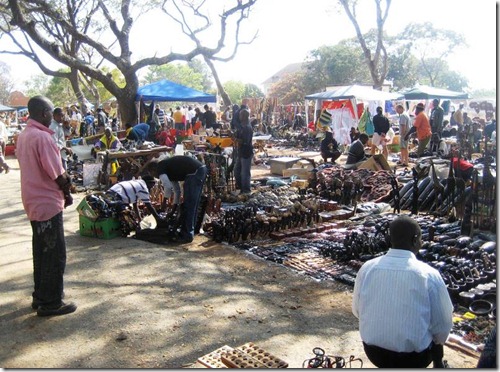 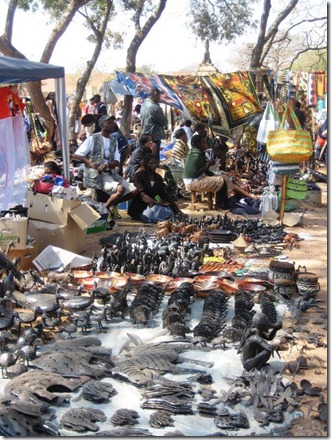 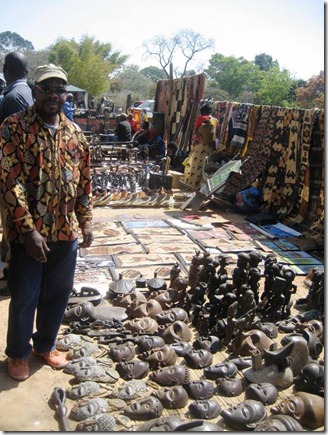 6. Lake Kariba: Spend a weekend on the world’s largest artificial lake, Lake Kariba, located in Southern Province on the Zimbabwean border. Stay in the town of Siavonga for a relaxing getaway. Take a boat cruise and visit Lake Kariba Dam. Dine on local crayfish. Click here for a detailed account of our trip to Lake Kariba in 2010. 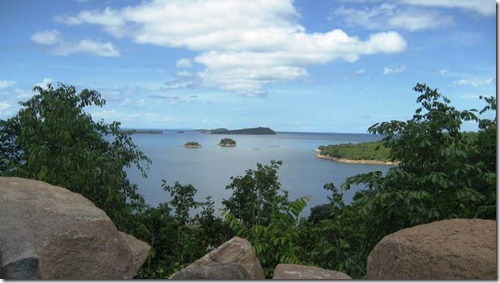 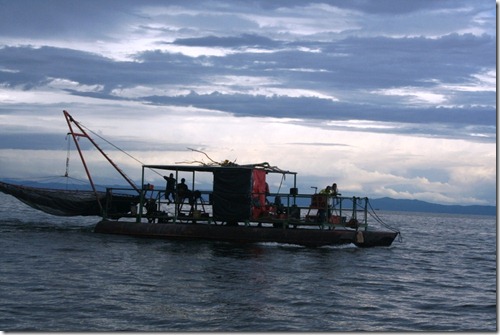 7. Western Province/Barotseland: Western Province, also called Barotseland, is a large and relatively remote province on the Angolan border. To get there, fly to the capital, Mongu, and hire a car, or self-drive. The province is home to Liuwa Plains National Park, the most isolated and least visited of all national parks in Zambia.

It’s worth a trip in November at the end of the dry season to see the world’s second largest wildebeest migration, when the herds turn south and head to Namibia. A word of caution — the park is very remote and impassible by land during the rainy season. Even with a 4’x4′ vehicle, the roads are very sandy and difficult to navigate any time of the year. It’s better to visit with an experienced guide.

Western Province is also worth a visit in April to watch the Kuomboka Traditional Ceremony held each year by the Lozi tribe commemorating the end of the rainy season. The date varies with the end of the season. Held at the Barotse king’s palace in Limilunga, it is arguably the country’s most famous traditional ceremony and a great example of Zambian culture. The gift shop at the Barotse Royal Museum sells local arts and crafts. With recent political unrest in Western Province, ask ahead if you’re thinking about attending a ceremony, and avoid discussing Barotseland with locals. 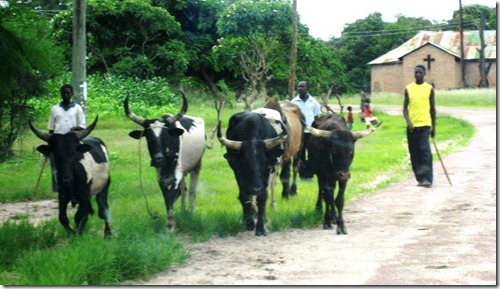 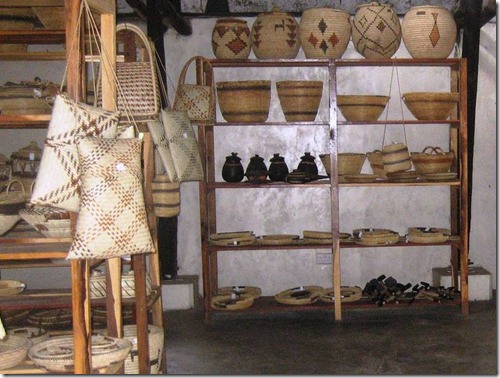 8. Kafue National Park: Although not as famous as South Luangwa National Park, Kafue National Park in Central Province is a good weekend getaway from Lusaka. It’s Zambia’s oldest and largest national park. Although it suffered for years from game poaching, the animal population has recently rebounded. It’s an easy three-hour drive west of Lusaka, and after a paved road is built, north from Livingstone. Stay at Mukambi Lodge, which is easily accessible from the highway, or at one of several lodges that follow the Kafue River south to the Itezhi-Tezhi Dam. Go with an experienced guide if you plan to venture off the beaten path.

9. Visit a compound: Most urban Zambians live in neighborhoods known as “compounds.” Ask a local whom you trust to take you in the daytime to one of the safer compounds. Try drinking Shake-Shake chibuku (fermented corn meal) at a local pub. Two of the largest and safer compounds in Lusaka are the Bauleni and Kalingalinga compounds. Walk around the compound and savor the unique flavor of everyday Zambian life. Meet new friends who will be curious why you’re visiting. Leave your valuables at home to avoid petty theft. Below:  Kipushi, a town on the Zambian-DR Congo border.

The following photos were taken in compounds around Lusaka and Solwezi, the capital of North-Western Province. 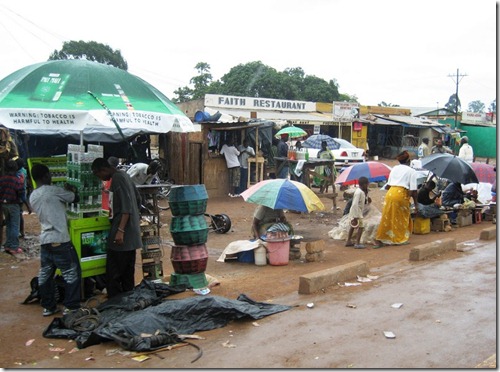 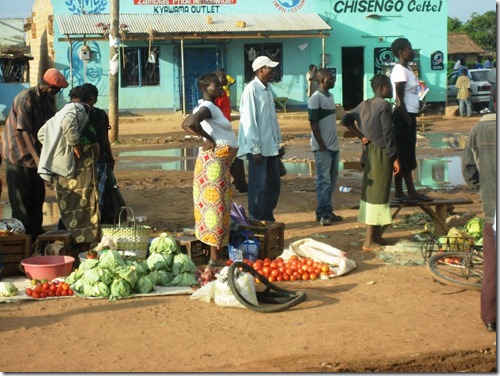 10. Kasanka Bat Migration: Each October, the world’s largest migration of giant fruit bats happens at Kasanka National Park in Northern Province. You’ll go batty with excitement or fear from the approximately eight million fruit bats that swarm harmlessly above you in a beautifully orchestrated dance.

I couldn’t list everything you can do when you visit Zambia. Some honorable mentions include the Source of the Zambezi River, a place of special significance to the Zambian people, in the remote Mwinilunga district of North-Western Province; Shiwa N’gandu in Northern Province; the mines of Copperbelt Province; Lake Bangweulu in Luapula Province; and the Livingstone Memorial in Itala where David Livingstone’s heart (yes, his heart) was buried under an Mvula tree. 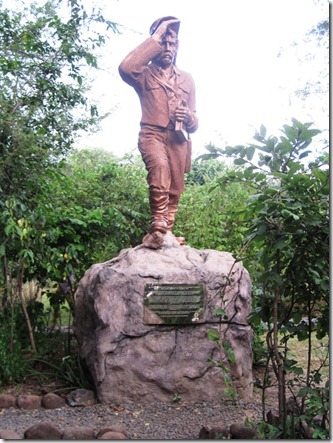 The Zambian climate fluctuates between the dry season (July-November) and the rainy season (December-May). Although the best times to visit are in May and November, Zambia is always beautiful and welcomes you with open arms. 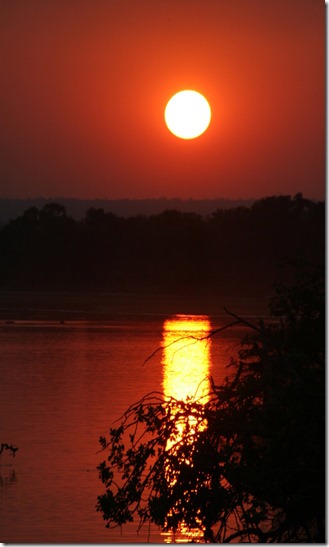 Note: This is an updated version of a blog entry originally posted in April 2011.

M.G. Edwards is a writer of books and stories in the mystery, thriller and science fiction-fantasy genres. He also writes travel adventures. He is author of a collection of short stories called Real Dreams: Thirty Years of Short Stories available as an ebook and in print on Amazon.com. His next book, Kilimanjaro: One Man’s Quest to Go Over the Hill, will be released on March 31, 2012. He lived in Lusaka, Zambia during 2009-11 and now lives in Bangkok, Thailand with his wife Jing and son Alex.