This is the final article about the Khao Yai area in Nakhon Ratchasima, a province in northeast Thailand. The first post featured Palio Khao Yai, an Italian-themed village, and the second Farm Chokchai, home to Thailand’s largest dairy ranch. This article showcases Khao Yai National Park.

The Royal Thai government designated Khao Yai a national park in 1962. In 1984, the Association of Southeast Asian Nations named it an ASEAN Heritage Park, and in 2005, UNESCO listed it as a World Heritage Site under the name Dong Phaya Yen-Khao Yai Forest Complex, noting that it “contains more than 800 fauna species, including 112 species of mammals, 392 species of birds and 200 reptiles and amphibians. It is internationally important for the conservation of globally threatened and endangered mammal, bird and reptile species that are recognised as being of outstanding universal value. This includes 1 critically endangered, 4 endangered and 19 vulnerable species.”

The name “Khao Yai” originated from a small mountain township (in Thai, tambon) incorporated in 1922 and abolished a decade later when the residents were relocated to the nearby plain.

Humans and animals continued to co-exist in the area after the national park was established. In addition to small villages along the park’s feeder roads, large-scale developments, from dairy farms and wineries to hotel resorts and residential communities, have sprung up in and around Khao Yai. This has led to debates over land use, local development, conservation, environmental sustainability, and wildlife protection.

We spent a weekend in February 2012 camping near the park. It was an odd setting for a camping trip as we stayed in tents on the grounds of Cabbages & Condoms Resort (also known as “C&C” for those who avoid mentioning its full name). Camping on manicured lawns on a terraced hillside amid uniform palm trees in the shadow of a Buddhist monastery was a far cry from the wilderness camping that I enjoyed while growing up in the western United States. Nevertheless, it was an excellent introduction to camping and “roughing it” for my young son. 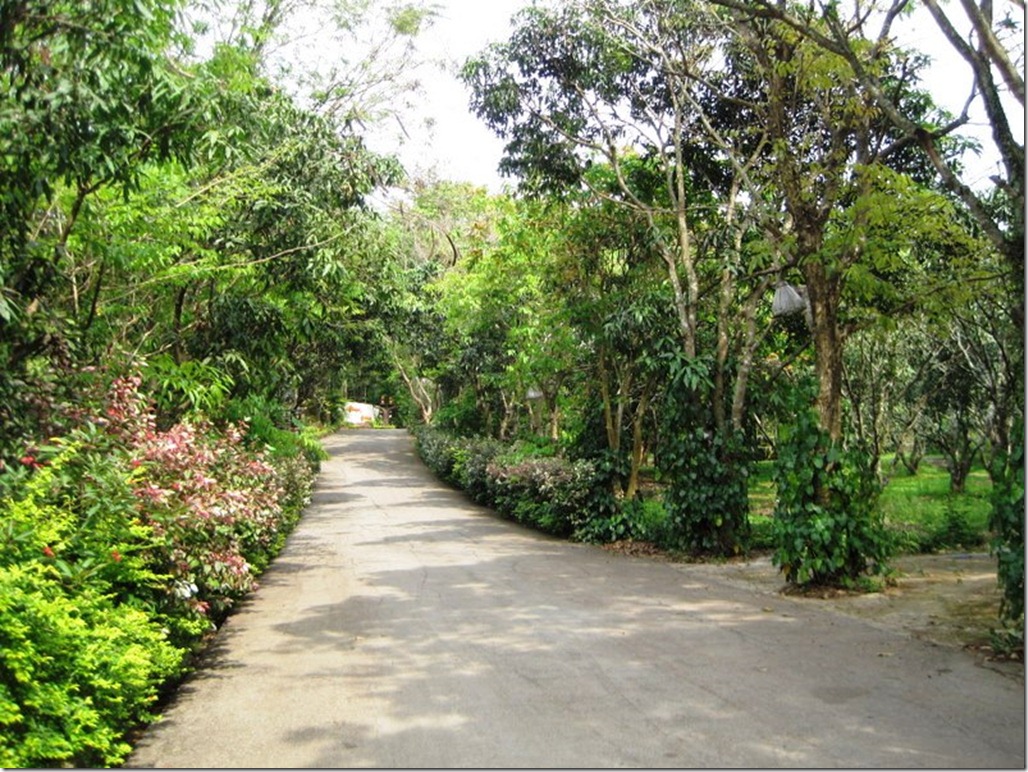 During our campout, we went hiking in the park and enjoyed its scenic beauty. The trail passed through subtropical forest that reminded me I was in Southeast Asia. 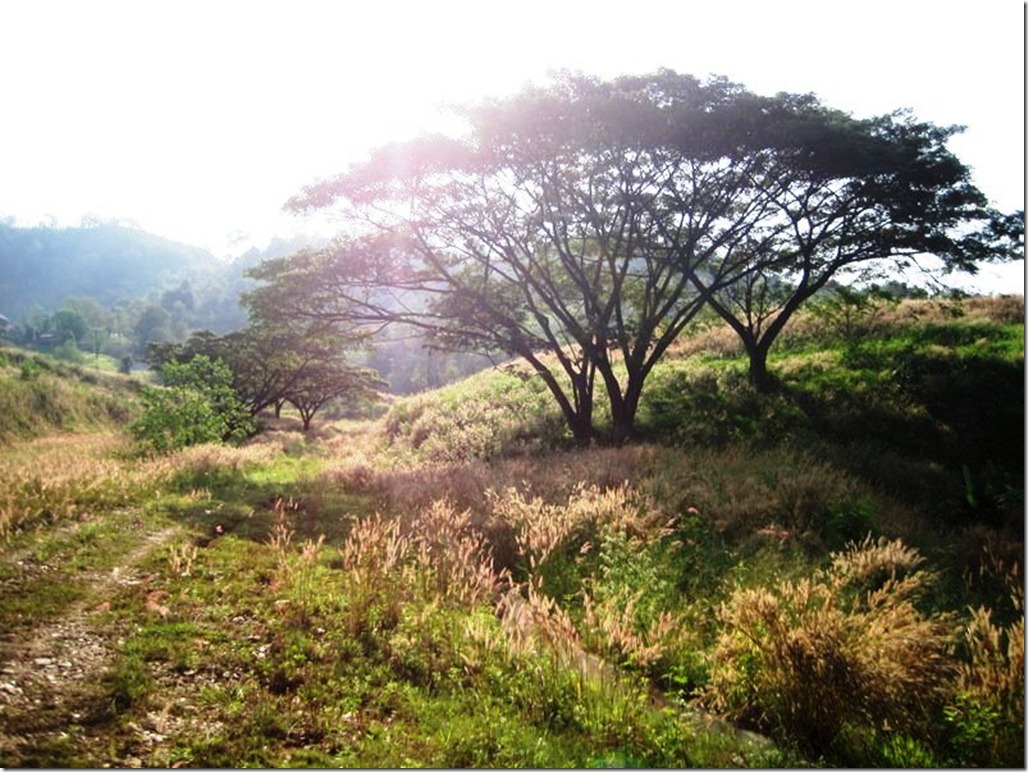 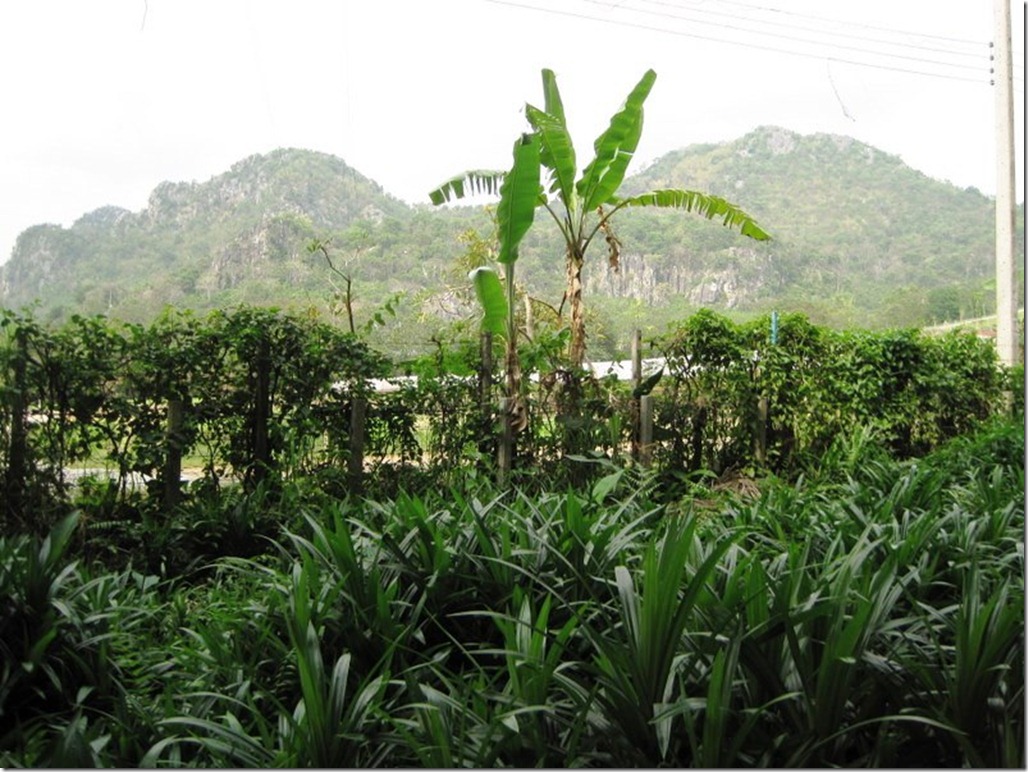 I couldn’t quite forget that we were staying in a resort. Tempting as it was to use the pool, I resisted the urge to soak in the chlorinated water. If I couldn’t have an authentic camping experience, at least I did my best to rough it. 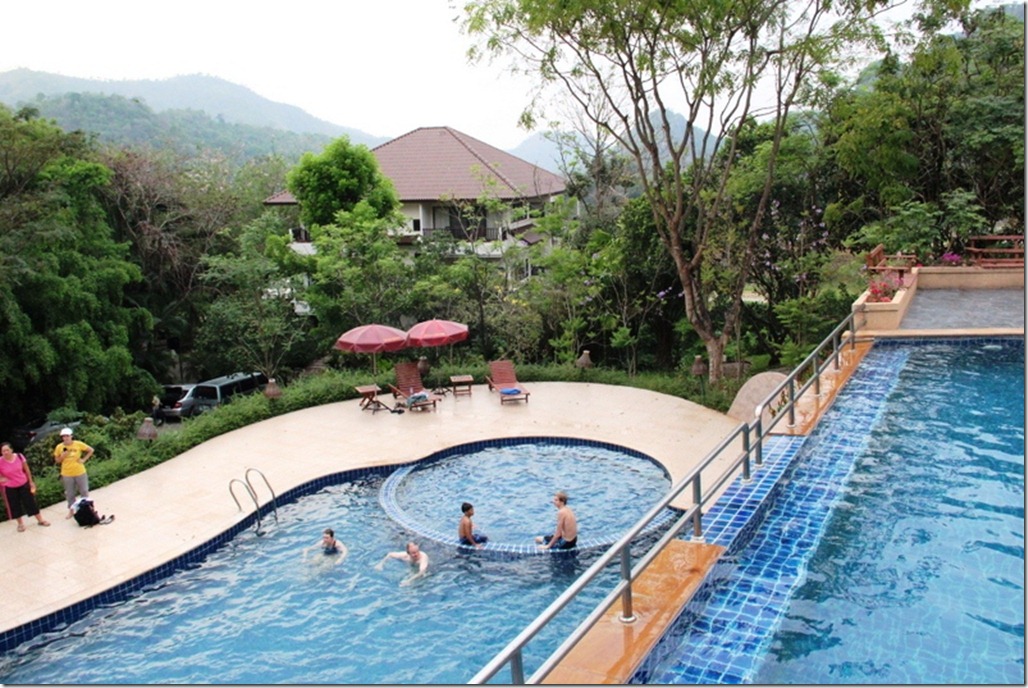 Although we didn’t see any of the big game animals — elephants, tigers, or Asiatic black bears — along the way, we encountered some monkeys, lizards, geckos, and other wildlife as well as gorgeous flora. 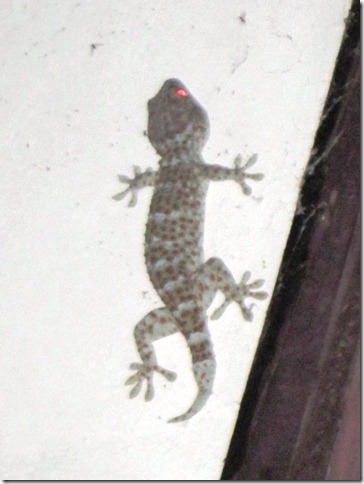 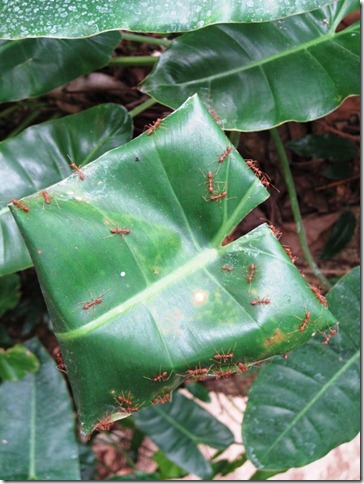 We also saw some not-so-wild creatures such as an ornery gaggle of geese and the biggest rooster I’ve ever seen. After he crossed the road, I tried to ask him why, but he gave me a “don’t mess with me” look. I left him alone. 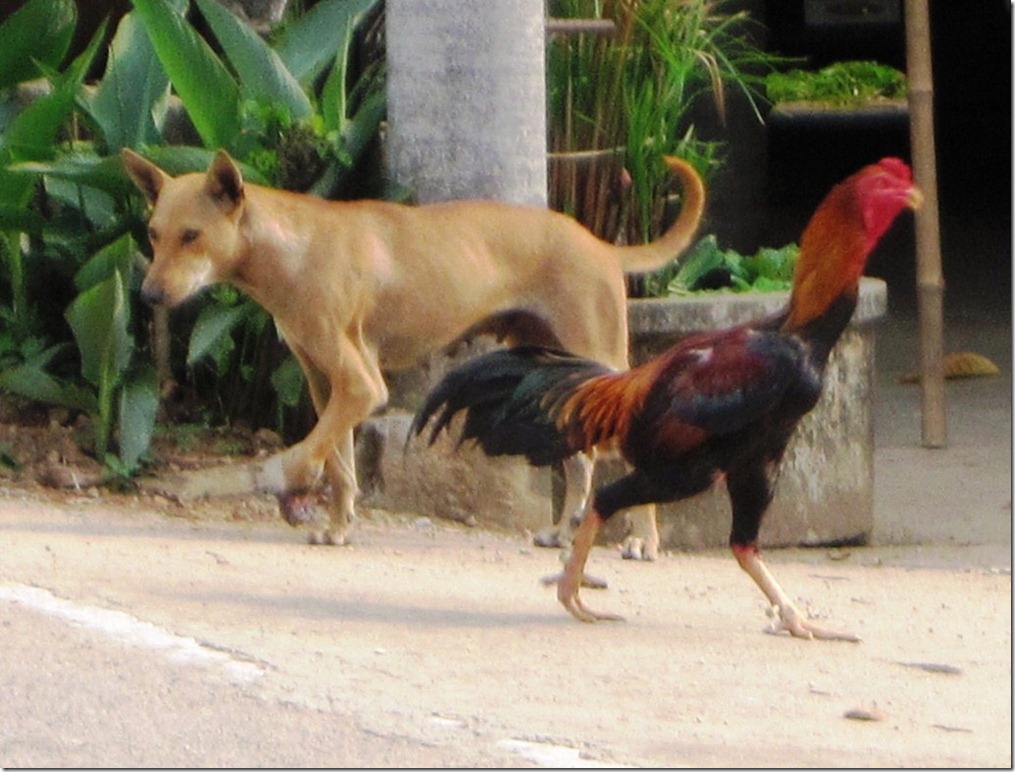 Signs of humans were evident throughout Khao Yai. Small farms lined the road all the way to the park’s doorstep. Unlike the large developments built in recent years, those who had lived in the area for decades seemed to have found a way to inhabit it without leaving an intrusive footprint, as evidenced by the “school bus” truck taking students home after school. 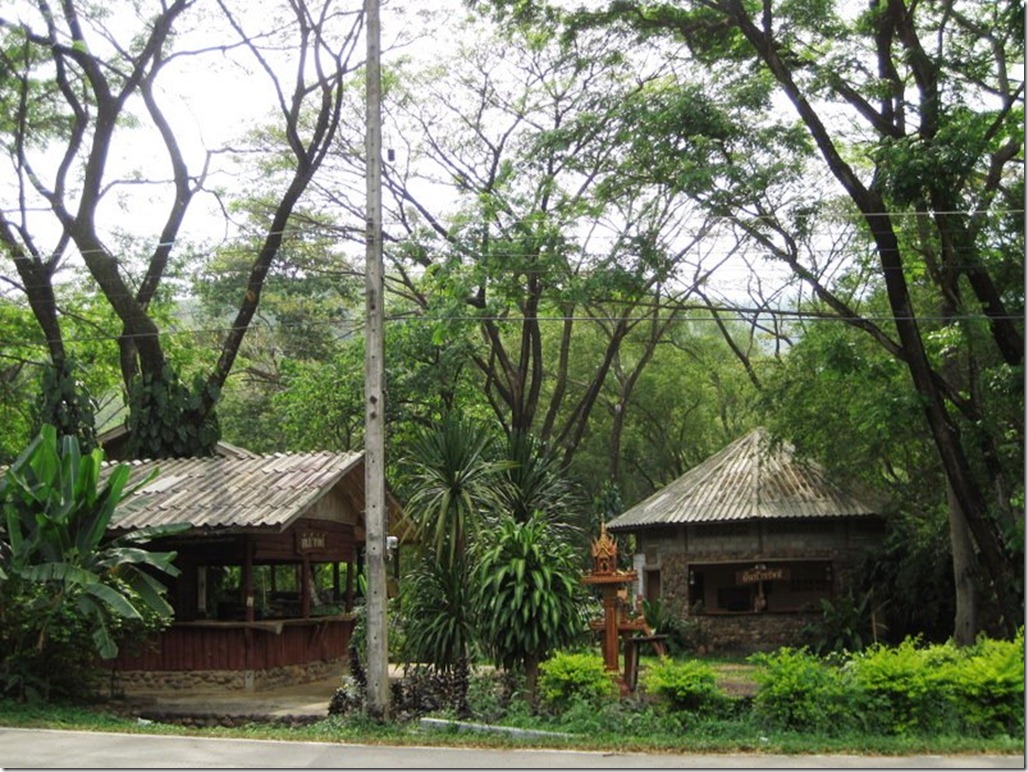 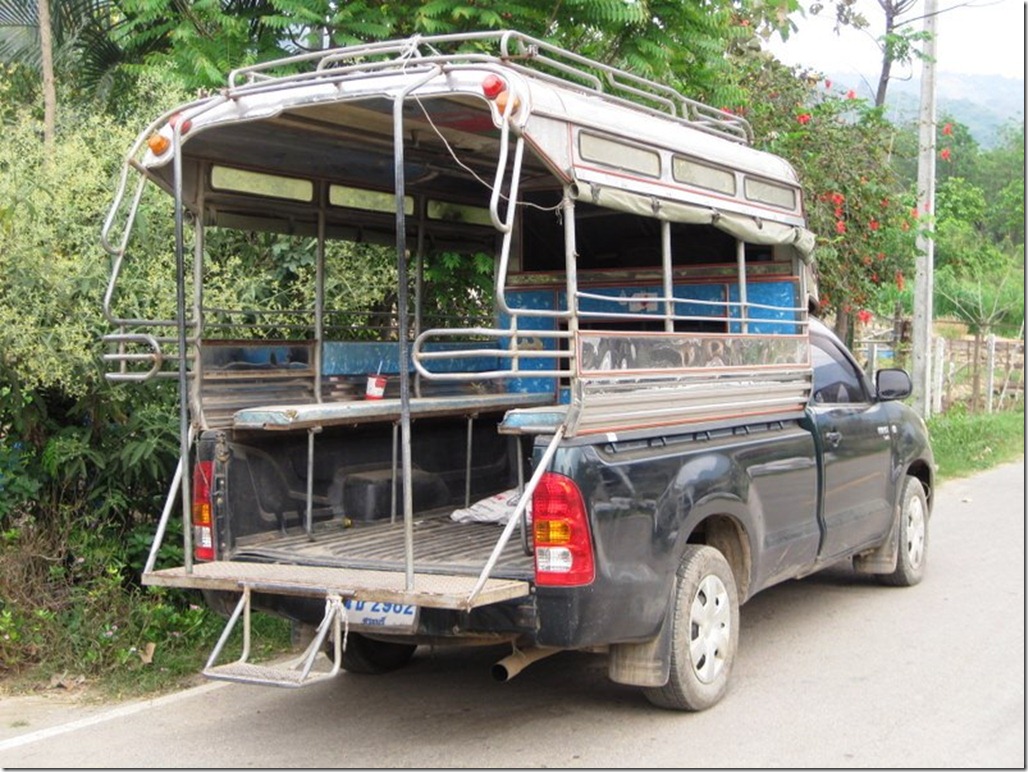 On the last day of our camping trip, we drove through the rest of the park. Along the way we passed by villages, vineyards, homesteads, and gated communities. One moment we saw villas that reminded me of Tuscany and the next,  a Buddhist temple. It was an odd mix of development that left me amused and bewildered. I wondered whether the park would survive in the long term with this kind of encroaching sprawl. 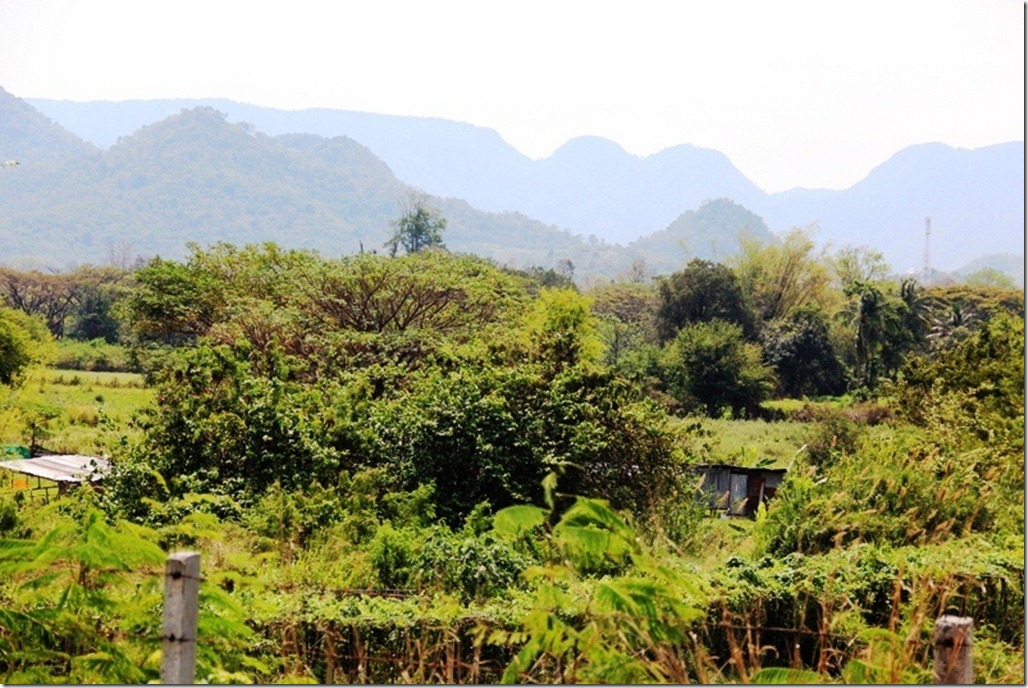 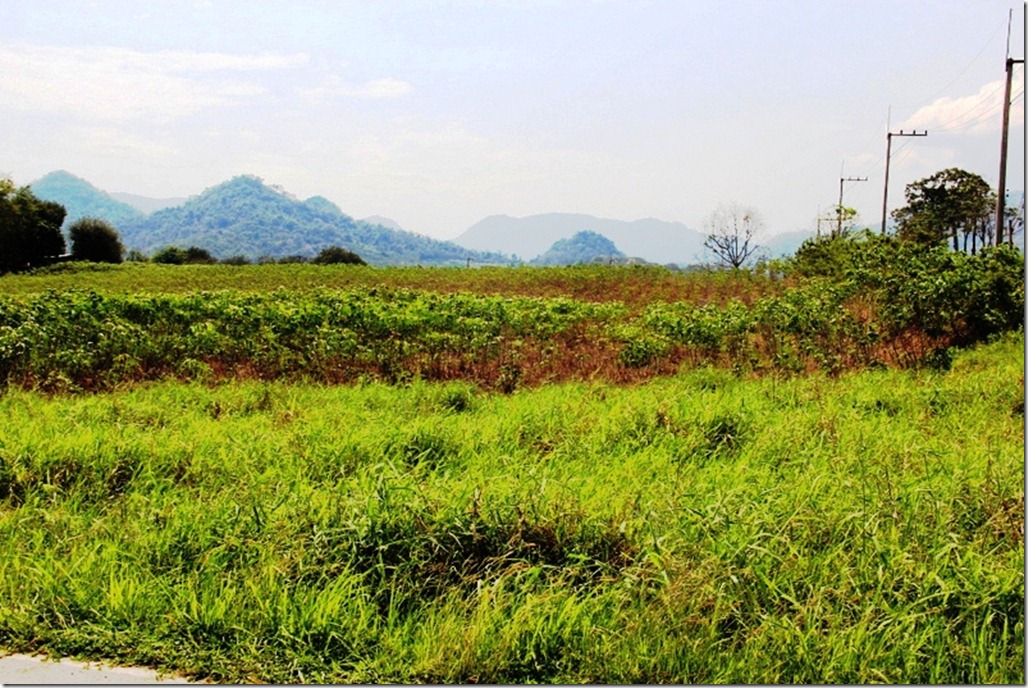 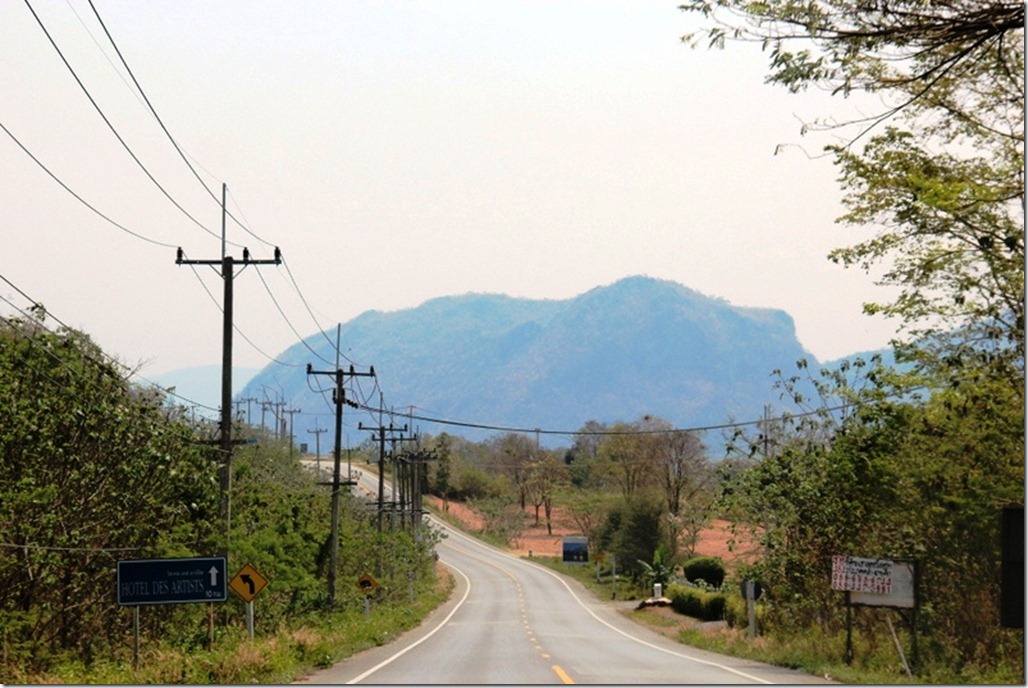 I think the area will ultimately find the right balance. Thailand has found a way to flourish organically, and Khao Yai is a heterogeneous microcosm of all there is to love about this wonderfully diverse place.

If you’re looking for a fun daytrip out of Bangkok that will give you a taste of the eclectic side of Thailand, Khao Yai is a great choice.

More About the Khao Yai Area of Thailand:

M.G. Edwards is a writer of books and stories in the mystery, thriller and science fiction-fantasy genres. He also writes travel adventures. He is author of Kilimanjaro: One Man’s Quest to Go Over the Hill, a non-fiction account of his attempt to summit Mount Kilimanjaro, Africa’s highest mountain and a collection of short stories called Real Dreams: Thirty Years of Short Stories. His books are available as an e-book and in print on Amazon.com and other booksellers. He lives in Bangkok, Thailand with his wife Jing and son Alex.